All cross-cutting concerns are implemented as middleware handlers that can be plugged into the HTTP request/response chain. All of them group together to form a flexible gateway to protect the API handler implementations. 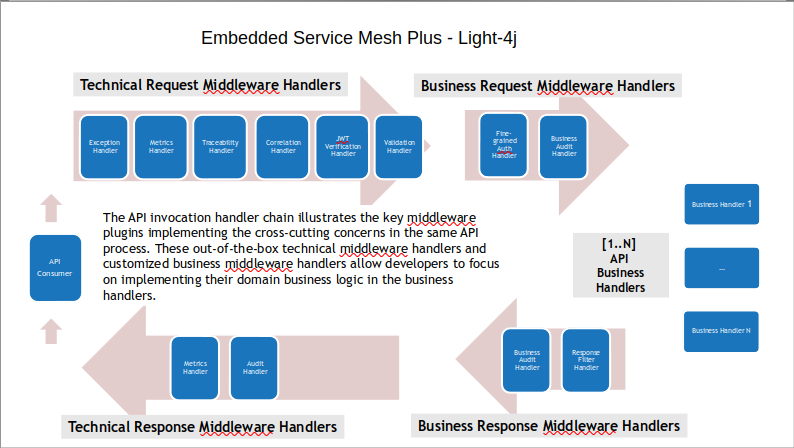 To support other frameworks and languages, we can deploy the light-proxy container as a sidecar along with API implementation. 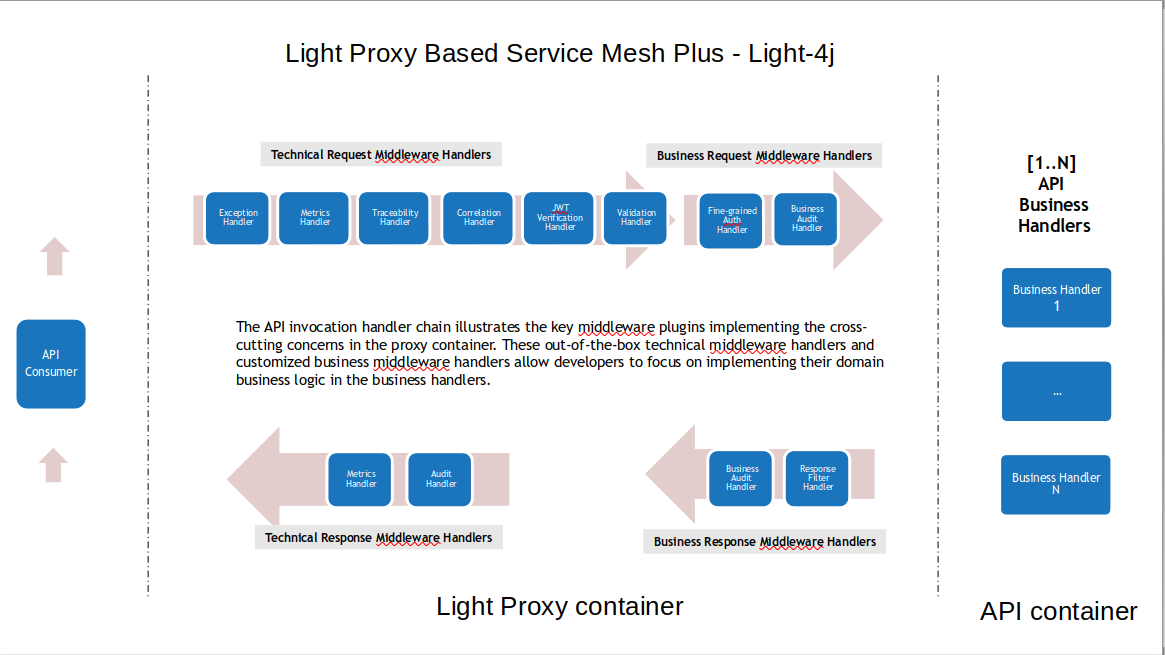 For example, by leveraging the handlers in light-kafka on the proxy instance, we can translate the Kafka protocol to HTTP to interact with Kafka with REST API for backend service. Simultaneously, the proxy will address the messaging level of cross-cutting concerns for the producer and consumer.

Another example is the mainframe integration. Instead of each API to handle the IMS connect, we can let the proxy do the translation, address common cross-cutting concerns and expose HTTP API to the back-end service to send requests.

The following diagram describes the usage. 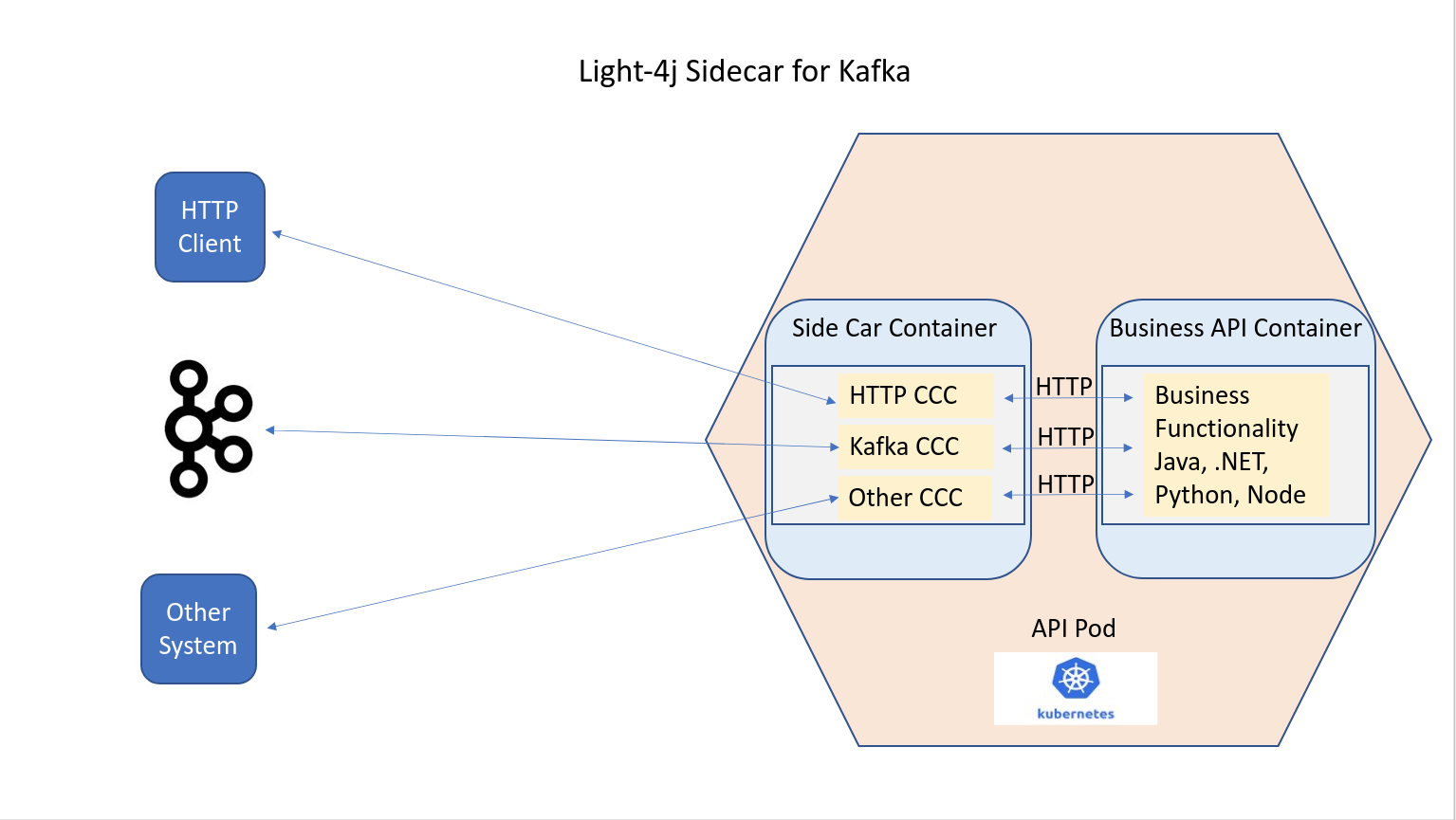 For example, if the business API wants to send a message to a Kafka topic, it can call the sidecar KafkaProduer REST endpoint with a topic, key, and value as the request body. The sidecar will send the key/value to the Kafka topic and at the same time inject cross-cutting concerns ProducerRecord headers.

The advantage of using the sidecar is that the backend API can be implemented in any framework and language. The developers don’t need to have the knowledge to work with Kafka and don’t need to worry about the cross-cutting concerns.

The disadvantage of using the sidecar is that the business API won’t fully control the Kafka produce and consumer. In the case that business API wants to have full control, it is recommended to implement with Light-Kafka.